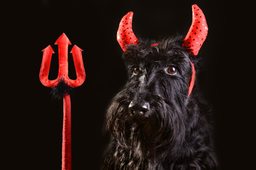 (Check out TL/DR section below for summary)

Judy first contacted me from a gmail account claiming to have come across me on LinkedIn. She laid out the plan then asked me to contact a bank manager named Wai See to finish the scam. Wai See, used spoof email addresses pretending to be from Standard Chartered Bank Hong Kong. Email and contact details below.

The scam was simple, a rich guy named, Mr Richard, died with no beneficiaries. The bank CEO, fake Judy Hsu wanted to keep the money for herself but needed me to pretend to be a long lost relative to claim the inheritance. I would get a sizeable cut from the funds and "friendship" from this "god fearing woman". Even when I gave the deceased a ridiculous name for my relative, Richard Bojangles in my response, she still continued with the con. To claim the funds I had to open a Non Resident Account at her bank in Hong Kong. One of her branch managers would handle this. His name is Wai See.

Wai See sent me a outdated bank opening form fill out along with a copy of my passport ID. Off course i filled it with only fake info and never provided ID. That didn't matter, he moved to the real objective: fund this account. How would I deposit without an account? By sending USD10,000 to an Art Dealer/Registered Agent in Dubai named Franklyn Peter Dabor. Off course I had a lot of fun sending fake wire confirmations.

He eventually called me using a textnow number, (919) 729-9391. I would deliberately call back at inconvenient hours. I never spoke to the fake Judy Hsu on phone. I guess because they didnt have a female scammer with a Chinese-American accent OR because the real Judy Hsu does a lot of interviews so they would not risk me identifying the voice as an imposter.

I was able to retrieve a lot of info from these scammers: emails, fake passports, fake bank documents invoices. etc. Wai See and I actually spoke on the phone a couple times when he was tracking the fake wire transfer I sent him. I even sent fake travel docs pretending that i was serious about establishing my account in Hong Kong. Eventually, after months of frustrating him, I revealed I knew he was a scammer and ended it.

After this, I sent the fake passport to the US state Department, reported all their scammer email accounts and also notified the real Judy Hsu. I also posted the scam details on other scam-baiting website.

A few days ago, the scammers re-emerged with a new email address to restart the scam as if they forgot about the whole ordeal with me. I sent an autoresponder message. Not ready to re-engage. I need a new tactic to get more information like photos and real locations this time. They have been very smart about concealing their IPs and not showing their faces. Hopefully I can get some help in shutting them down for good. They seem to actually operate from China.

I will attach the introduction emails later. I have many emails but it's a task to sort them out because I took them on a ride for about 6 months using various aliases and email addresses of supposed lawyers, loansharks, bankers and relatives who were helping raise the cash send to them. Ill attach the fake passport in the other forum.

Fake Judy Hsu has contacted me again with a new email address.
She has a reply to email: [email protected]

Guess you are doing great today? I read through your LinkedIn profile and from my expertise view I discovered you well qualified for an opportunity I am open to share with you if you are interested.
Expecting your prompt response in due time.

Moved to main from Misc Scams
Send your calvary greetings | What is a mentor? | Forum Rules | | The Mod Team

Thanks, Bertje! I am in the middle of a new round of baiting using a new character. Scammer's Gmail email accounts keep getting burned. I will not post the new email address, so I can keep her/him on the hook. Right now, S/he is pushing hard for an international passport. I'm trying my best to delay sending a fake passport bio page. I never do. I'm gently nudging s/him towards the big ask for money. I expect Lily or Lenny and Joe King to play roles. You will all get to see or hear from the elusive Judy Hsu (Wai See) soon enough. Wait and see!!

They're pushing hard for address and passport. I cant provide them with my main scambaiting details because they think they're dealing with someone new. I also never ever send fake passports or IDs because I know they recycle those.

Can anyone help? I'm playing an 79 year old British retiree currently on holiday in the islands.I haven't specified which island since there are several Caribbean or British isles I can choose from. Choosing the islands because i know how slooow everything works down here. So my baitguy is going to have a lot of trouble sending out money or documents .
-

What did you need help with, the passport issue? If it is that, I like to turn it around and make the lad do the work by asking for documents and/or papers about the business he is proposing. Make him do some work, hopefully paying someone to photoshop for him. Or tell him due to your character's former employment (security, banking, secretary to member of parliament, etc) you are forbidden from sending personal documents. However, you are more than willing to show them upon meeting him in person.

Or you can make up some weird laws of the island you are on that in order to deal with large sums of money with people overseas, the lad is required to furnish documentation about this whole matter to avoid heavy taxes etc. Make up a story. Get his attention off the passport and onto something else if possible.

for my German character I made a gif that looked official, has the german intelligence agency logo and says (in German and English).

"the attachment has been deleted because it is illegal to send ID documents over emails. This may lead to a criminal prosecution".

I'd tell the lads that "I have attached my passport to this email" and then attach that image.
I've never had a single lad mention anything about it.


What also seems to work fine is to rename a .dll file (or any other file) to scan.jpg or similar. You can also use a file generator like this one:
https://pinetools.com/random-file-generator

They wont be able to open it. (which is their fault for not having the latest version of the required software)
Send your calvary greetings | What is a mentor? | Forum Rules | | The Mod Team

Have you not explained to him how difficult it is to find a scanner?
Difficult enough to find internet access, and being 79 it's not overly easy to understand all this new fangled technology.
I've previously sent a photo of the front of my passport with the chip logo, told him that's all we have these days, it's all on the chip. He can all the details by scanning the chip.
Top

Thank you all for the advice.
They want personal info to open an account such as address, phone number and passport. They have already sent me their passport and fake details.

I will not at any point send fake IDs. The scammer has a very credible looking or possibly stolen passport photo. Don't want them acquiring any more fake passports.

I was looking for new way to annoy them while seemingly complying.

Love the ideas. Thanks again!
-

To add a bit to what Bertje said, I also use the following website to create "fake" documents (in .docx, .jpg., .pdf, etc.) that was also recommended to me here:

The "files" don't actually contain anything at all, and if the scammers say that they can't pull it up (interestingly, I'll pass along "files" created there, and on occasion the scammer will apparently not even attempt to open them at the time, since they seem more interested in moving the conversation on to the payment I'm supposed to send along) just "apologize" and follow Inspector Gadget's advice (you're having trouble finding a scanner, or you're at an age where you aren't really sure how scanners work, etc.).
Top
Post Reply
10 posts • Page 1 of 1