I've been stringing along a scammer who was impersonating the Vice President of the United States. At first, I had many innocent questions...


Can you please tell me what's going on?

Alright, but how do I pay?

I've never used Bitcoin before. Does it take cash?

...which led the scammer giving up on almost-normal sounding methods of payment and just asking for an Apple card.

Yes I told you to get Apple Card

The scammer never specified they wanted a gift card. They just kept stressing about an apple card. Silly scammer. My character is too naïve to understand your lack of specifics. Anyway, I asked a few pointless questions about horses, rambled about my job, and that sort of thing. I even offered to send a bottle of rosemary perfume with the apple card. Rosemary, for those unfamiliar with aromatherapy, is allegedly used to enhance brain power. In other words, a subtle way of calling the scammer stupid. My rambling must've started to get on the scammer's nerves, because they eventually sent me this:


Stop playing games with me now

I felt it was a touch threatening, especially since the scammer had my "personal information" and knew my character was an 18 year old girl. Eventually, my character put the nonexistent apple card and perfume in the mail, but woe to the scammer! In my character's naivety, the package was "sent" to the White House mailing address. This did not go over well.


Fuck you I will cancel this delivery right now

The jig was up, but I just couldn't help myself. I wasn't done with the game just yet, so I emailed a picture of the "package" I had sent.

Lo and behold, while I was writing this, the scammer sent me a parting email.

You seem to think the bait is over?

You did just as the lad said and went out ...with your friends to the mall. There you saw iTunes card and it clicked. This is what the lad must have meant all along! So you went and bought the cards..

Now, what's next?
Send your calvary greetings | What is a mentor? | Forum Rules | | The Mod Team

You did just as the lad said and went out ...with your friends to the mall. There you saw iTunes card and it clicked. This is what the lad must have meant all along! So you went and bought the cards..

Wow, you were right. "Kamala Harris" is emailing me again, and it's been months since I've heard from the lad! What should I do?
Top

Ask what "she" spent the money on, and does she want another?
Fake Forex websites shut down x1
is always Good when you have the zeal to be a hitwoman when you out of school,it makes you bold and reall and it makes you more high than any other of your friend.
NOW AMBACK FOR YOU AGAIN STURBORN SHIT
you dont have a phone.that makes makes you joe butt
Fuck you and go find something to do man. Stop disturbing me please.
This is definitely why you will remain and die in poverty, ignorant of good things and easy acknowledgment of bad things and words. Shame on you, you wicked generation children.
i went you to no that this is not a cheld pray. i went you to get back to me
we are not scammer,we hate scammer as you do.scammer make out life harder and harder,a lot of people think we are scammer,in fact,we are not!! please trustt us
Top 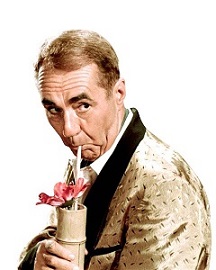 What Mr T M said. It's always fun to tell your lad that you sent the payment to his agent. Lads love that.
Top

Alright, here's an update on this nonsense...

What fee are you talking about?

What am I even receiving from you?

What's in the box?

At this point, I thought the lad had given up on me again, because "Kamala" sent me a couple of blank emails. Eventually, The lad remembered how to use a keyboard.

All that money fits in a box? How big is it?

When I come you can see it okay

You're coming to my home? That's quite an honor! What's your favorite dessert? I'm a pretty decent baker, so I'll do my best to make it for you.

If you're coming here with a box of money anyway, why not just come down first? We'll eat some cookies, open the box together, and then you can take out however much much money you want.

Okay pay $50 dollars for the transportation

This is hilariously less than what the lad was asking for a few months ago. Maybe "Kamala" thinks that I'll pay up if the price gets low enough. However, I was a bit stuck on where to go from here, but thankfully you kind gentlemen are much better at this than I am. Following your advice, I innocently asked what the lad would spend the money on, and it took a couple of days for the response.

I'm not even sure what to make of this. The obvious answer is that "Kamala" just wants a scrap of money out of River to feel like this 80 email long string of nonsense has not been a complete waste of time. Of course, I find it funny to think the lad honestly believes $50 is a reasonable taxi fee to go across multiple states from Washington, DC.
Top 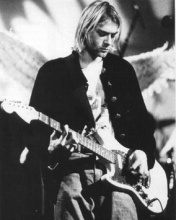 
Probably time for this lad to get a lesson in gender stereotypes. You would think Kamala would know that women can drive a taxi just as well as men, also tell him to just take an uber it will only be 25 bucks.
Top
Post Reply
8 posts • Page 1 of 1