Why do scammers always seem to come from poor countries? 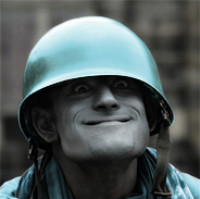 Why do scammers always seem to come from poor countries?

So, I am unsure again if this is the right place to post this, but I wanted to ask, why are scammers so often from poorer countries like India or Nigeria and such? It seems kind of confusing, because it is often said that only the richer part of the population seems to do this sort of thing. So, if they only do it out of greed, and not out of genuinly needing money, why do most of them come from such poor countries? I know there are exceptions, but I think the tendencies can not be denied. I am not in any way trying to justify the things these vultures are doing, I am just genuknly interested.
"TERRORISM NOT GOOD" - Cynthia Williams

Just to be clear (and I'm not saying you are suggesting otherwise): scammers are everywhere, not only in Africa or India.

As for the why: this BBC article is an interesting read.


The first wave of Nigerian 419 scammers were mostly uneducated criminals.

The next group comprised young, educated men who were frustrated by the lack of formal jobs in an economy ruined by a series of military dictatorships and years of mismanagement.

They noticed the uneducated scammers accumulating wealth and esteem, and decided to join them.

After that followed a batch that simply admired the scammers.

Send your calvary greetings | What is a mentor? | Forum Rules | | The Mod Team

As Bertje said, scammers come from everywhere. It's not so much that one particular country is more likely to have fraudsters in it, but more that scams, like cuisine, dress, and everything else, tend to differ from region to region. So the criminals will act differently everywhere. As an American, I personally think no other country has anything on our fraudsters. After all, we produced Bernie Madoff, Ken Lay and countless others. For example why did advance fee fraud take off in Nigeria more than the UAE? Well, for one, the Europeans brought that particular brand of fraud to Nigeria over a century ago and it had years to take root in a well developed educational system with liberal free speech laws, a decent internet and corrupt government. The UAE on the other hand has unbelievably strict laws around what you can do on the internet making internet crime, while it does exist, a risky proposition. Meanwhile, its financial systems for a variety of reasons including a heavy reliance on cash have been more vulnerable to fraud, so you will see more criminals gravitating there versus the types of crimes that may carry lower sentences or even be overlooked in other countries yet carry multi year sentences in UAE.

Short answer - fraud is everywhere. But the type of fraud will look a lot different depending on the laws of the country, what's easier for the criminal to get away with, what systems are in place to make the crime easier, access to victims, etc.
Top

Looks like there is truth to tech support lad claims of "We are a global business": Because lads are everywhere!
Top

DISCLAIMER: This post is referring to a type of scam we do NOT deal with here. This information is for educational purposes only.
As far as scammers go, they for the most part trying to make a living. A good case in point is the scammers from India. The Indian state of Nagaland in the east, has a lot of poverty, with little opportunities. Many Naganese will travel to the larger cities, especially Mumbai, seeking work. They hear about the call centers set up by western businesses. Most of these immigrants have excellent English skills and little else. The competition to get to work at a legitimate call center is extreme. There is also a lot of prejudice against Naganese by other Indians. So, to find work in the big city, they end up working at a scam call center, where they can make a very little bit of money to support their families. The people in these call centers are told that Westerners have a lot of money (true). They are also told that when they get credit card information for the scam, eventually the credit card companies will reimburse the victim (mostly true). The people in these call centers use a script designed to prey upon the victim's fear, concern or greed. The only people really making money on this are those that run the call centers, who give only a tiny portion of the victim's money to the callers for their effort.
Scammers come from everywhere. They only do it for the money. And as long as there are people willing to fall for their scam, there will be scammers.
"I also called the number on the recept and its not a moneygram . its a mugu man number." -Angela
"Your mother is a mad pussycat and your father is ordinary skeleton" -Jerome
"if you want to do something do as manure man ok." - William

I'm not going to romanticize, legitimize or otherwise excuse any criminal activity. Of course people people scam for money - as the famous quote goes, "Why do you rob banks... because that's where the money is." That said, you're right that the situation with Nagaland based call centers, is an interesting set up where you have criminal enterprises making the "real money" with the underlings, often people who would work at Microsoft if they could get hired on, doing the calls. At the bottom rung, some of these guys are just turning up to a day job at the only place they could get hired and work it like a 9-5. That said, they absolutely know they are stealing from people and that they're working in a criminal enterprise.


The people in these call centers are told that Westerners have a lot of money (true).

There have been victims that have committed suicide after falling victim to this scam in recent years. Also, not all victims have a lot of money. The call centers are also increasingly asking for payment via non refundable methods such as gift cards. Victims are often left without recourse. While I have great sympathy for the marginalized community itself, I have zero sympathy for those who deliberately and methodically prey upon other vulnerable people.


Scammers come from everywhere. They only do it for the money. And as long as there are people willing to fall for their scam, there will be scammers.

This is the main reason I am very split on things related to call centers. It'd be great to fight this whole problem at its source, but that's wishful thinking.

As for the comparison on things such as cuisine, I find this very interesting. Thinkining about it, there really are scams everywhere, just in different forms. Be it Snakeoil salesmen on places like Gofundme, Pyramid Schemes, or email lads. Thank you for the informative answers.
"TERRORISM NOT GOOD" - Cynthia Williams

Places like Nigeria and India get a bad rap because of reasons Padme mentioned like liberal free speech laws, decent Internet infrastructure, complicit government/police enforcement etc. There would probably be a lot more scams coming out of China and North Korea but those governments monitor what their citizens do much more closely. Many "regular folk" from around the world have recieved Nigerian-prince like scams or fake tech support/virus removal offers so it gets the most attention and press. I'm also in the US and Padme is right that few if anyone else has anything on us in terms of scams. Watch "The Smartest Guy's in the Room" about the Enron scandal or the collusion perpetrated by several financial institutions to manipulate the LIBOR exchange rates for which most variable interest rate mortgages were based. Hell, in this country if you get pulled over for speeding and the police happen to find a bag of marijuana in the car they can seize and sell it via "Asset Forfeiture" statutes that allows the "State" to repossess property suspected of being procured using profits from a crime. That's all fine and good but there is no due process. They can sell your car before you go to trial and are not obligated to reimburse you if the charges are dropped if you are found not guilty. To me that is straight up theft. It's one thing to be hoodwinked by some jackass lad on the other side of the planet pretending to want to ship you a trunk box filled with gold but quite another for an "honorable" judge to tell you to your face that his hands are tied when it comes to the city police department selling your Mercedes even though you were eventually aquitted. Don't even talk to me about "Eminent Domain"...that's another heavily abused legal concept that might as well be considered a scam. You can't even decline to participate...they just take what they want when they want to and you aren't provided any means of recourse.

Scammers are everywhere but many lurk in the shadows and don't generate much attention. Those are the ones that tend to do the most harm unfortunately.
Top
Post Reply
8 posts • Page 1 of 1

Users browsing this forum: No registered users and 2 guests