Can we put that in the past and try to make 2021 a year of quick recovery and successes? 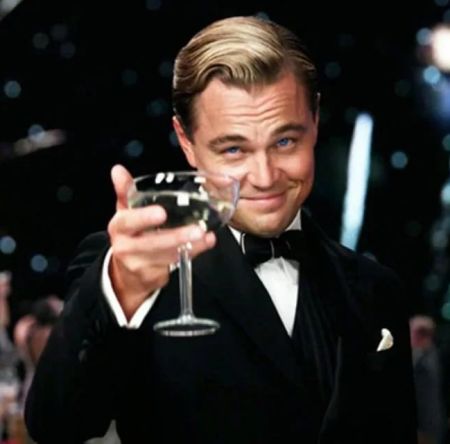 I'm really scared because I notice that I'm develop malaria because of the hot climax here ~ Abiola in Rosso
i was kidnap by Nigeria North desperate danger men in Borno state Nigeria all because of u ~Tim
You are been a foolish man with a naughty brain. ~Paul K
Top

Happy new year
Send your calvary greetings | What is a mentor? | Forum Rules | | The Mod Team

Things can only get better ???

2020 Rated Worst Year Ever, Provided You Never Lived At Any Other Time In History
December 2nd, 2020
U.S.—Across the country, there is general consensus that 2020 has been the "worst year ever." According to studies, 82% of Americans agree that 2020 has been a terrible year of unprecedented suffering and misery. Experts confirmed that 2020 was indeed the worst year, provided you have never lived in virtually any other time period in all of human history.
"We noticed that most of the respondents who called 2020 the worst year also enjoyed delicious food being delivered to them for 8 months while they sat on their couches with the air conditioning on and binge-watched shows the whole time," said one researcher.
"While we understand it hasn't been easy, we also found very few instances of Viking raids, Black Plague, famine, world war, using rotary telephones, needing to look things up in a physical dictionary, slavery, people being burned at the stake, walking miles to school, living in caves, sleeping on the ground, ice ages, Nazi holocausts, civil war, infant mortality, global floods, ethnic cleansing, using leaves as toilet paper, using leeches as medicine, using wooden mallets as an anesthetic, fighting wild saber-tooth tigers, cannibalism, occupation by the Persian Empire... what was I talking about again? Oh yeah-- most people in 2020 never experienced any of those things, so comparatively speaking it's been a pretty decent year!"
"Worst. Year. Ever." Tweeted one local man who has been making more money than most Zambians make in a lifetime -- all from the comfort of his computer.
"Can 2020 be over yet??" Tweeted a New York fashion executive whose preferred candidate just won the presidential election.
"I just can't anymore. Ugh!" exclaimed another after Uber got his dinner order wrong.
The only exception was one oddball who walked out of his front door and took a deep breath of the morning air. "Thank you, God, for this amazing air!" he said. The oddball has been detained for further scientific study to figure out what the heck is wrong with him.

I'm really scared because I notice that I'm develop malaria because of the hot climax here ~ Abiola in Rosso
i was kidnap by Nigeria North desperate danger men in Borno state Nigeria all because of u ~Tim
You are been a foolish man with a naughty brain. ~Paul K
Top

I guess it is all a matter of perspective.

Here's to 2021. I'm confident that everything's going to be just fine for everyone.

The last word is mine.

"Animal of your type" - Suggestions accepted

"Please go and hit your penis on the wall or you look for your kind i don't have time for big choppers." - Ouch!

"We give the rules here not you sir." - Of course you do laddie.

"We have never had to deal with a client like you." - Thanks for the compliment.
Top

Users browsing this forum: No registered users and 4 guests