I do believe this Holocaust lad managed to pickle himself. 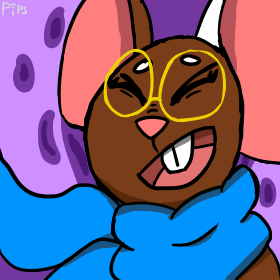 I do believe this Holocaust lad managed to pickle himself.

So I'm baiting the good "Dr. Peider Mengiardi", aka "Peter Gloor LLb". His plotline is a rather interesting spin on the old "We're going to defraud the estate of this dead guy in order to steal all of it for you, although surely you'll send me some dosh as well", tale. Specifically, his plot is that they're going to try and defraud the estate of a guy who died in the Holocaust- because all of these estates are tied up in the government of Switzerland and they're still looking for the rightful heirs of some of these riches.

The preamble was... really frickin' long. Like, this started a month ago, and they're only asking me for the fees now. They spent f o r e v e r spinning a tale about how Dr. Peider was spending tens of thousands of dollars in bribes and whatnot to get me access to this guy's estate, pay for a lawyer (who was Peter Gloor), ect., ect., and was literally selling his farm and giving his life savings in order to get me this opportunity. I had my character, Mike [SPAMTON- actual baiting last name withheld to preserve the account] tell him "No, don't do this, don't bankrupt yourself on my account, do we even know that the fund has enough money to cover this!?" He completely ignored my protests, sticking to the script. They then decided to do something... interesting.

BEFORE they asked me for the fees that Pieder had racked up over the last month... they asked for my bank information, in order to send the funds to me. I sent some fake deets along. THEN, they sent me a piggy, which I was supposed to send the fees to, instead of reporting to my mentor (Whoooooooops~!

I didn't reply to the piggy, and then Peter decided to put some brass tacks on me to get me to move- telling me that Peider was now in the hospital for... high blood pressure

. My response, that they literally handed to me on a silver platter?

"I'm still waiting on my fund, as soon as I get it I'll pay all the fees I need to pay." Which, they can't back out of anymore with the usual "We can't send the money until we get the fees" because they literally spent a month telling me a story that ended with "the fees are ready to be sent, all we need is the bank details"

"Kindly get your fact correctly and stop all this uncultured attitude. ... We are tired of your inconsistency and lies." - "Sherry Heitler" and no I did NOT make that lad-name up
"your silence is endangering our official duty" - "Rosen Jack"
Top
Post Reply
1 post • Page 1 of 1